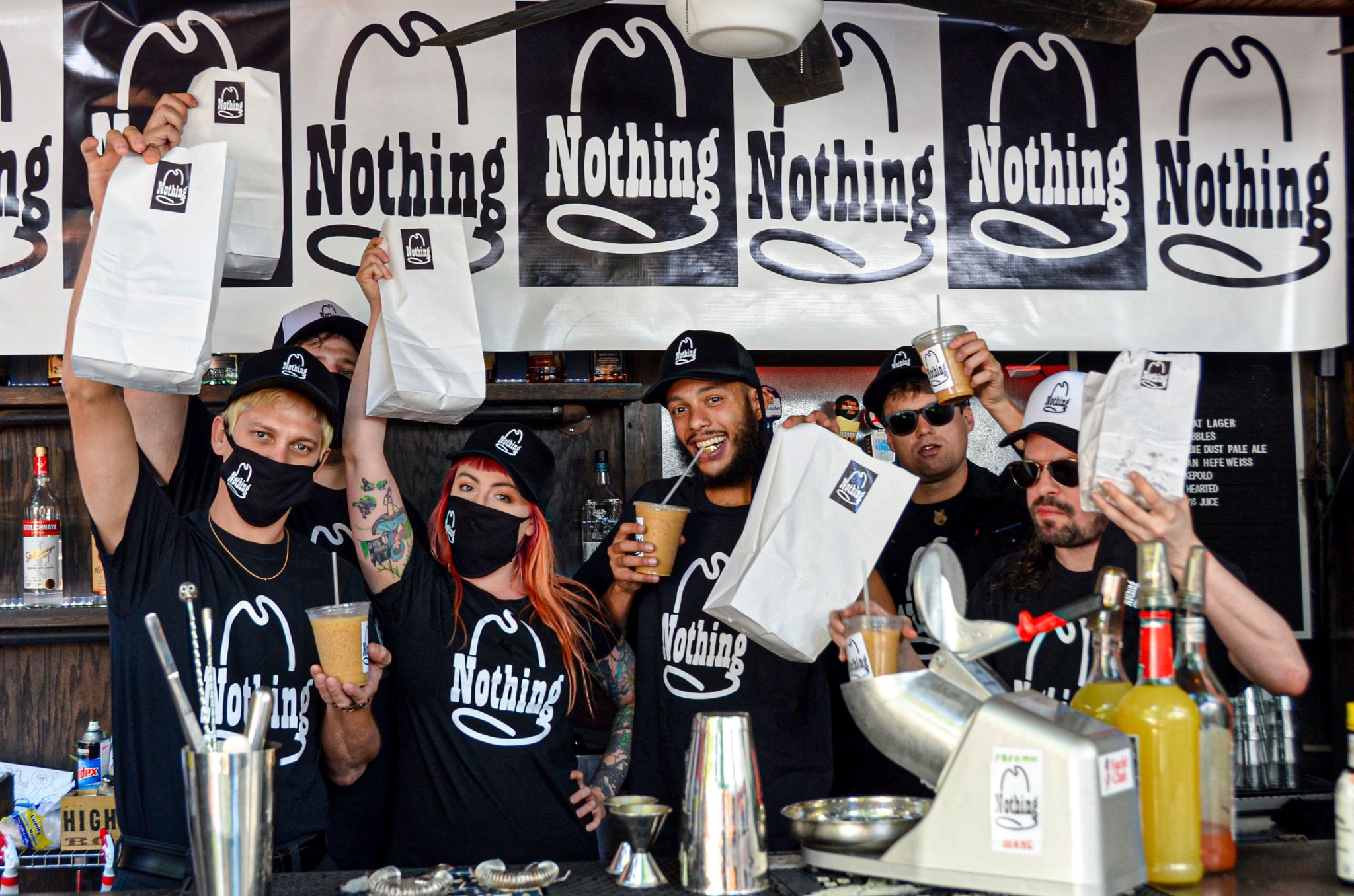 “Drain the blood, cure and slice the flesh, season and fry the potatoes, feed them the sugar water. Be born. Toil. Die. Arby’s. We sell food.” @nihilist_arbys Jan 28, 2015

Life’s been pretty rough this past year, and I think it’s safe to say everyone’s been feeling more than a little down.  Here at the NSYC, the only thing that has kept us sane, is a sense of humor. That and our love for delicious, mouth-watering roast beef.  We’ve decided to combine these two passions by becoming the first official Nihilist Arby’s.

Legendary musician, punk rocker and Nihilist Arby’s twitter account owner/operator Brendan Kelly has given us the go ahead to become the first physical franchise.  It’s the first time we’ve asked for permission to do a restaurant pop up and we’re not even sure if he’s allowed to give it. Brendan’s played the Club a couple of times and thought we’d be a horrible fit, but we’re the only ones willing to do it.We sous-vide dry-rubbed beef for 24 hours then seared it. We put that meat on top of fresh 16 bricks onion rolls and covered it in our homemade mornay sauce made with Urban Stead cheese. We pair that divine combination with deep fried Restaurant Depot curly fries, because you can’t improve on perfection. Just kidding, perfection is a myth designed to create unattainable goals that reinforces hegemonic norms and power structures.

On a recent R&D trip to Arby’s, we had a vegetarian with us and he (foolishly) asked what on the menu was vegetarian.  The man working replied that they were sold out of the fish sandwich, but that we could order a meat sandwich and just take the meat off of it.  That really happened. So that is our vegetarian option. We will serve you a meat sandwich and you can take the meat off. If that’s not good enough for you, Jerry made some Seitan Steak which we will thin slice and top with our mornay sauce or our cashew-based vegan cheese.

What is Arby’s without horsey sauce and Arby’s sauce? Yes we made those too. Horsey sauce is actually pretty tight.

Drinks-wise, Val made a very alcoholic jon-mocha shake. It has Van Gogh Espresso Vodka, Godiva Chocolate liqueur and oat milk. It is vegan, but I can assure you that it is not healthy but tastes so good you will forget not to care… about anything, in general.